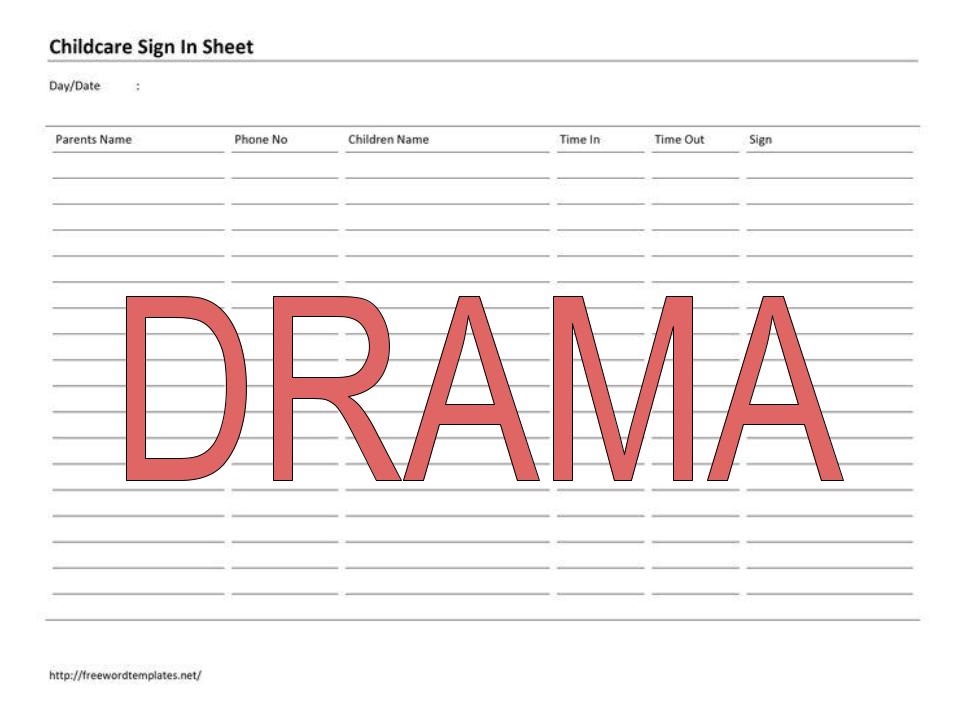 Is anyone else obsessed with the sign-in sheet at daycare?

It haunts me. I think about it wwwaaaaayyyyyy more than I should.

Scanning it has become a kind of sickness, especially for the baby’s sheet. Sam is older. He likes going to school. But the baby? She likes me. And I’m currently feeling especially guilty leaving her there all day.

On Thursday afternoon, I’ll look at my timing for the week. If it’s been a particularly busy few days at work, I look at the times and grimace. Was Kit really there for that long? And on the days in which I’ve dropped her off a little bit later or gotten her a little bit earlier, I wonder if I’m doing okay at work. If they notice me shrugging off a little early in order to be around my baby for a few more minutes.

I’ll snoop around the log to see which parents are being “better” than me…or worse. I’ll notice if someone gets their kids at 3 after dropping them off at 9 and then wonder what they do and how they make it work . I’ll feel good if other parents have around the same timing as I do, as though I’m doing something right. Or I judge the parents who have left their kids  from 7 a.m. to 7 p.m. every single day of the week and think, “Well, at least Kit doesn’t have it that bad.”

Which is a fucked up thing to think, I know. (But I think it anyway.)

The saving grace that keeps me from spiraling into a tornado of complete self-doubt is the fact I work from home on Friday. So on the dreaded sign-in sheet, there is nothing there but a big, old X. I have a babysitter who comes to my house on Fridays so I can be around the baby while taking calls and doing work (it’s amazing). But I can also change Kit’s diaper, feed her and hug her and kiss her.

And I get 8 full hours back to my weekly tally.

And maybe there’s another parent in the class who will notice that Kit isn’t there on Friday. And she will wonder how I have it so lucky.