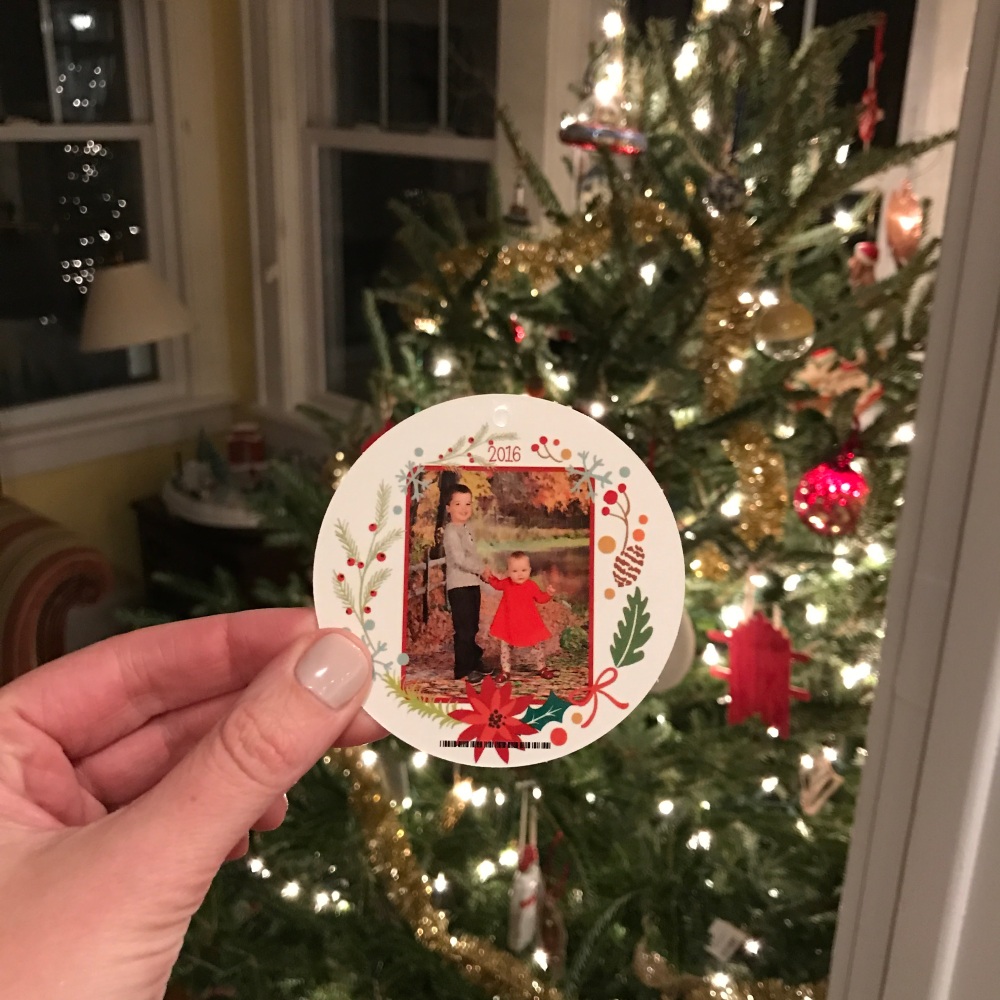 When LifeTouch comes to my kids’ school [aka: DAYCARE], I LOSE MY FUCKING MIND.

Because! Friends! Why do we still feel the need to buy these cheesy photos even though we have literally thousands of photos of said children on our phones?

I have more photos of my adorable, precious children than I know what to do with. We don’t even really display photos of Sam and Kit because we don’t put photos on our walls and we’ve gotten rid of most of our bookcases because I’ve Kondo-ed the fuck out of our house. (No photos on the wall is a subject for another blog post.)

Here’s the stone cold truth: LifeTouch doesn’t do a great job and they are way too expensive for what you get. For instance, I bought the above paper ornament — three for $15. When I got them, I thought they were 6 for $15 which is still insane but maybe a little less insane. Anyway, they are blurry and have a bar code printed on them. LifeTouch definitely paid someone in China 45 cents to print this and then they shipped it to me for a 6000% mark up.

They are shit. And yet, I am now  kicking myself that I didn’t order more of them because, let’s face it, they are adorable shit and now I only have 3 and I feel like I have to pick which family members are the lucky recipient of this cheese-tastic $5 paper ornament. (They are awful but cute, right? Ugh. I hate you, LifeTouch.) 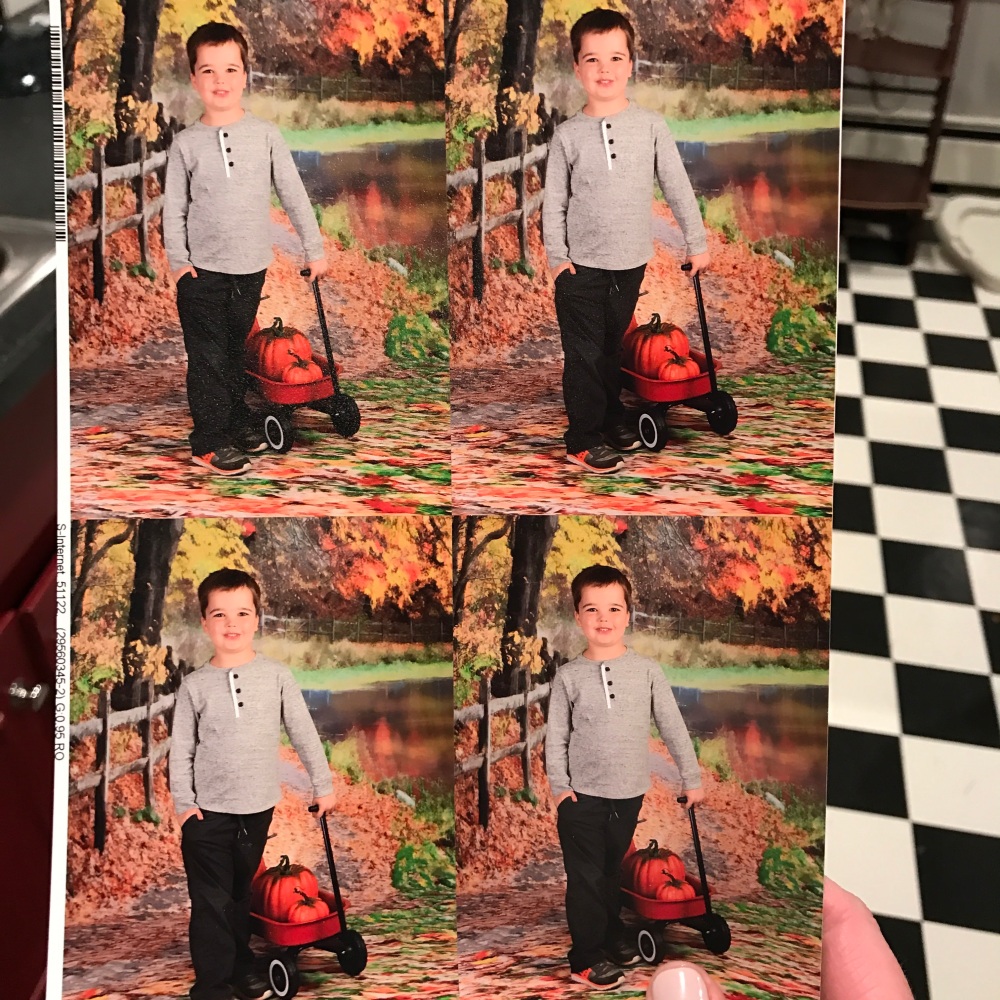 I also decided to purchase these photos of Sam because I thought they were sweet. But I made the mistake of looking at a photograph for too long (never do that! It will fuck with your mind!) and now I’m like: “Really? A pumpkin? In a wagon? Why? That’s so weird. Where is he going with those pumpkins? Is he stealing them? What is happening?? Ugh…LifeTouch.”

Forty one dollars! For four photos (plus 3 ornaments) I will stick in a drawer and never use on my non-existent book cases. [RIP: Book cases, amiright?]

I didn’t even buy solo photos of Kit because she didn’t smile in any of them and she looked like a rageful bully and now I won’t be able to sleep tonight because who doesn’t buy a school photo of their 1-year-old. (A one year old who isn’t even in school….she is in daycare! Ah!!!!! It’s so crazy-making!!!!)

So, if anyone wants a photo of my son pulling a wagon with a bunch of stolen fake pumpkins in it, you know where to find me. But the cheesy tree ornaments are spoken for.

[Edit: Since I wrote this, I’ve been looking at these photos  and I may have to go to therapy I’m so depressed I didn’t order more of these terrible photographs and spend $250 for some stupid package which includes digital images on some kind of thumb drive I will throw into a drawer and never remember about until we move and I’ll throw it directly into the trash because KONDO. UGH. I hate you, LifeTouch.]