I don’t know the last time I was well.

Actually, I do: I was well from Dec. 24th through the 27th. And then I got a sinus infection.

The month of December looks like this for me: Head cold, stomach flu, head cold, FOUR DAYS OF  HEALTH, sinus infection.

I should have savored those four days of feeling normal more. Run a marathon, cleaned out my closet, touched my husband, enjoyed the taste of food, really savored breathing in and out through my nose instead of my mouth.

Nat, this morning, as we drove to day care and I had four used tissues in my lap: “You’ve probably blown out about a gallon of snot in the past month.”

I think he’s about right.

I am so worn down right now that I’m pretty resigned to my fate of being sick forever. Like a kidnap victim, I have no choice but to fall in love with my captor. (Well, maybe not love but at least tolerate. Like, I’ll try to gamely try to escape from his basement instead of really going all gung-ho about it.)

At Kit’s 1-year-appointment, her doctor noticed her runny nose and said nonchalantly: “She’ll probably have some virus or another all winter.” She then looked at Kit’s snot-caked face: “She may look like she’s climbed out of a gutter, but as long as she’s smiling and happy when she sees you, she doesn’t need to see me.”

I had a good laugh / sob in the car with that one. Mainly about how the baby will be sick all winter and less about the crack about how she looked like she climbed out of gutter, although I felt like that was a little harsh, tbh. But maybe I’m being sensitive because I am constantly sick and can’t take a joke anymore.

At night, I slather Vaseline on my face as my nose is raw and hurts. My face hurts. Everything hurts. I am not sleeping very well because my nose doesn’t work.

This has happened to me twice:

When my face is coated in Vaseline to help the rawness, I’ll pick up the aging dog to get her into bed with me and then I’ll get dog hair stuck in the Vaseline on my face. And then I’ll do a another little laugh / sob. And then I’ll think about falling asleep like that because … who really cares at this point?

Whenever people ask if we’ll have a third (are these people ever satisfied??), the first thing I think about is the fact we don’t have enough money for a third. And the second thing I think about is the fact I’m not strong enough to deal with the sickness that must come from three children. The third thing is how I don’t think I have it in me to buckle three children in and out of car seats until they are 26 (the new age-limit for booster seats, it seems like).

Sickness throws an already tenuous balance off. So much of our day-to-day life works well because it’s scheduled. Sickness means being off that schedule.  And as a working parent, I get nervous if I have to miss work for either my sickness or my child’s. It causes me such weird anxiety (even though I have a terrific job and can work from home whenever I need).

Anyway, I’m sure I will re-read this in a few weeks when it’s not so cold or dark and I feel better and I will think: Why were you whining so much?

But until then, maybe you can commiserate?

[UPDATE: I left work early to go to bed and slept for about an hour. Then I woke up, got the kids, came home, felt sooooo much better, and Kit threw up this much.] 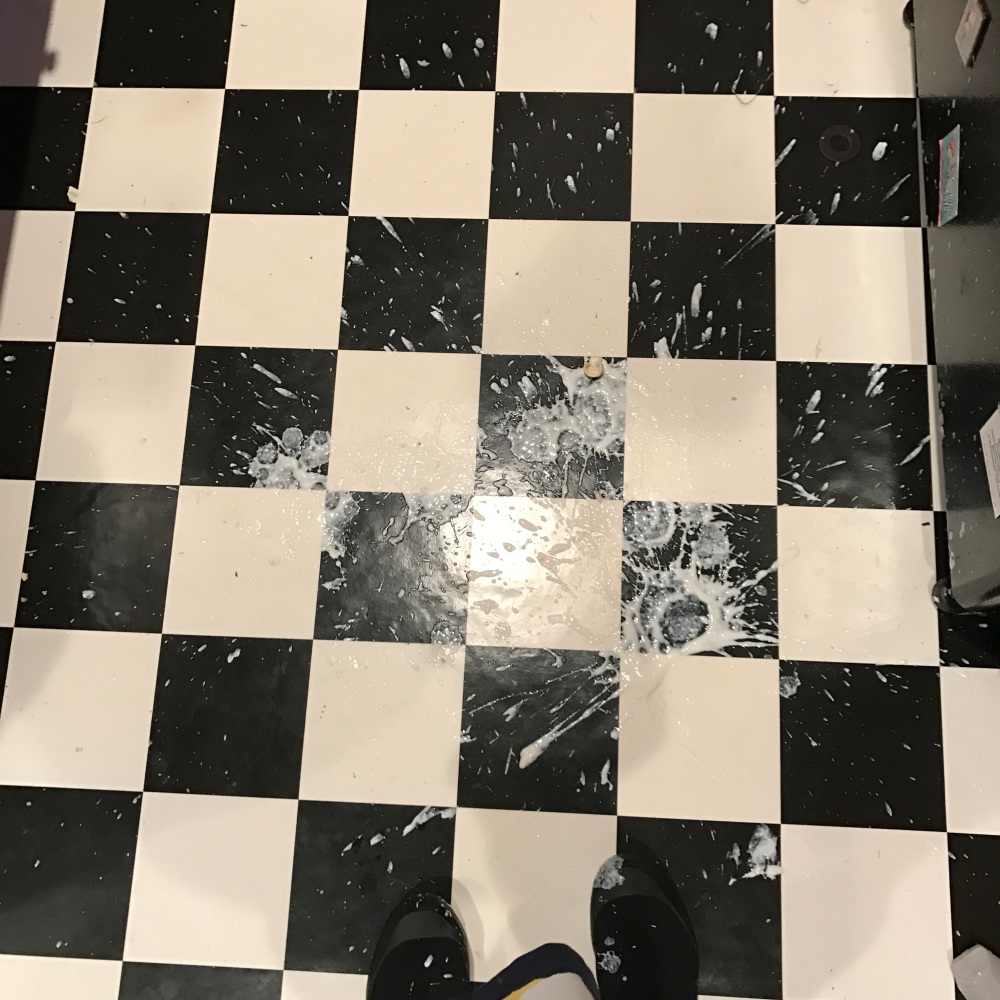