Well, well, well. I fell off a cliff there, didn’t I? You know how when people start suffering from hypothermia, their organs start shutting down to save their brain? This newsletter had to shut down in order to save my sanity over the holidays. It was intense! But now I’m back, and better than ever with more medium-quality tips and recommendations.

What I Made This, Um, Month 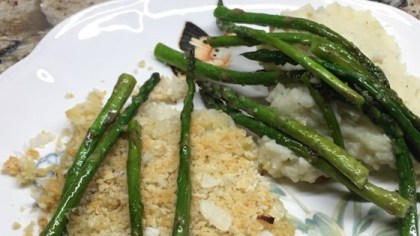 This Parmesan / Panko baked fish was a HUGE hit with the kids. I highly recommend. We also made this shredded chicken recipe in the Instant Pot which was also delicious (and you can make with frozen chicken breasts). It’s just two ingredients: Chicken and a jar of salsa. I know! It sounds like it would be terrible but it was really, really good. Trust me. Serve it over rice or make a burrito. There was also some meatloaf and wonton soup in the rotation. The kids loved the meatloaf the first night, and the second night Sam started crying when we served it to him and Kit spit it out onto the floor. Children. Such beautiful mysteries! (Also, I have decided that the Instant Pot is a must-have kitchen device. Maybe even indispensable?)

What I Read this Month:

Fire and Fury: Inside the Trump White House, baby! Which is … kind of boring? I mean, it’s a LOT of gossip. Pages after pages of delicious, atrocious gossip. But it’s missing the joie de vivre of, say, John Heilemann and  Mark Halperin’s  Game Change. And if 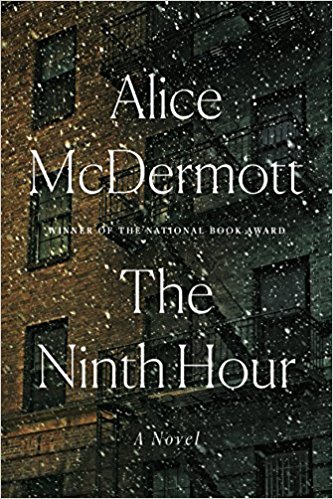 anything deserves a little writerly flair, it’s the Trump administration. If it had that, it might have been more digestible. As it is, it’s super hard to get through a book when you loathe the main characters and have a very personal stake in the (ongoing) outcome.
In the fiction realm, I read The Ninth Hour by Alice McDermott (one of the best writers out there). It follows a young widow and her daughter as they work in a Brooklyn convent in the early 20th century. It’s like Call the Midwife but wayyyy more Catholic.

What I Watched This Month:

We ate up Godless (Netflix), a Western set in a town mysteriously made up almost entirely of women. The first several episodes were a tad plodding (it is a Western after all)  but the last three make up for a slow start. It’s no Deadwood but there is Lady Mary from Downton and Jeff Daniels and that’s good enough to watch than most.

Parenting Gif of the Week

Me: Every. Single. Day. In. December.

What I Wrote This Week

If you want a kick-start on your resolutions, I wrote about how I lost 20 pounds in 2017 as well as my deep thoughts on the perfect vacuum cleaner.